CHECK OUT OUR IN STOCK SELECTION!

Black History Month has its origins in the US in February, 1926 where its aim was to raise awareness about the rich heritage of the Black Community. It received government recognition and is now officially celebrated every year in several countries including Canada, UK, Ireland and the Netherlands. Black History Month gives us an opportunity to celebrate the achievements and contributions of all the phenomenal individuals from the Black community that have made an impact in society.

Every February, Canadians participate in Black History Month festivities and events that honour the legacy of the Black community. It helps us pay our tributes to these honourable and respected citizens that helped shape the country into the culturally diverse , prosperous, and advanced country that it is today.

There are thousands of legends from the Black Community that have made many inspiring contributions to the world. Here are just a few of the brilliant revolutionaries that made significant contributions with connections to the appliance industry.

Henry A. Jackson- Inventor of the Kitchen Table 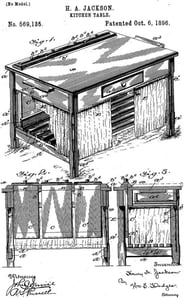 Henry A. Jackson was born in Chatham, Canada in 1862. In the year 1896, he developed and patented a unique and compact design for a table. The table was adapted for preparation of meals and dining and could be easily accommodated in small rooms. The table had pull-out shelves, cutting board that could slide back when not being used, and storage space underneath. 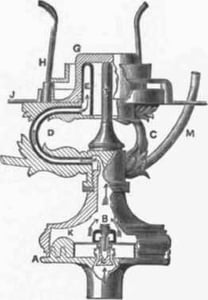 There’s not a lot of information available about Benjamin F. Jackson, except for the fact the he was born on January 11th, 1874 in Texas, USA. His parents were Martin D. Jackson and Lucinda F. Jackson. He was married to Emma Levina Jackson and had five children. He received the patent for the gas burner in the year 1911. He’s also known for inventing an electrotyper’s furnace, a steam boiler, a trolley wheel controller, a tank signal, a hydrocarbon burner system, and for improving on pressurized gas burners. 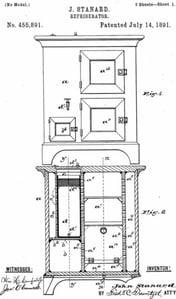 John Standard was a black inventor, born on June 15th, 1868 in Newark, New Jersey. John Standard revolutionized the modern kitchen with his two patents, the improved designs for a refrigerator and an oil stove. His designs led to further innovations in refrigerators and stoves. John fought racial discrimination throughout his career and defied the racial norms without abandoning his scientific pursuits. He received the patent for his improved refrigerator design in 1891 and for the oil stove in 1889. He died in the year 1900. 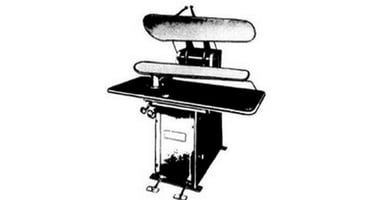 Thomas Jennings, born in 1791 to a free African-American family, became the first black man to be granted a patent. He started his career as a tailor. His customers often complained about their clothes being ruined by stains. Since the conventional cleaning methods proved to be ineffective in getting rid of the stains because of the material of the clothing, Thomas started to experiment with different chemicals and cleaning solutions to figure out a way of getting rid of the stains while protecting the fabric. He called this process of dry cleaning “dry-scouring” and was granted a patent for the same in 1820. He later on opened a dry-cleaning store in New York City and eventually opened one of largest clothing stores in New York.

Let’s raise a toast to all these legends and the many others. We cannot thank them enough for the amazing impact they’ve had on all our lives.

Like what you're reading? Be sure to sign up for our e-newsletter and receive our latest blog posts, recipes, product info and exclusive deals - right to your inbox.

Published by Andrew - Your Tasco Pro on Wednesday, February 16th

Read Next: Our Favourite Smart Ranges